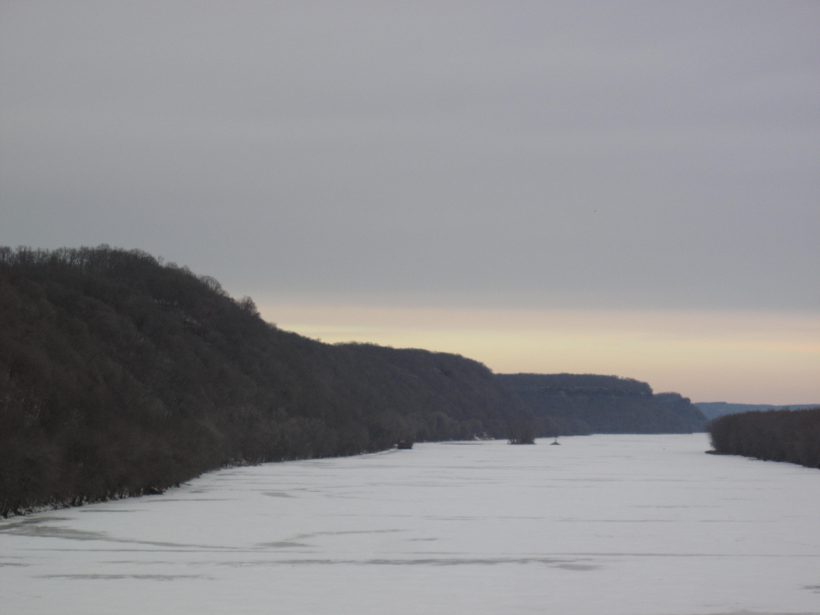 With the ice is melting, many of the MAFC states are preparing for the 2015 navigation season. Two recent meetings brought together public and private stakeholders with an interest in improving maritime freight on the Mississippi River system.

MAFC Program Manager Ernie Perry facilitated this meeting and helped the 70-plus group of attendees to develop a strategic agenda for Upper Mississippi infrastructure improvements, with an eye toward creating implementation teams. Researchers from the National Center for Freight and Infrastructure (CFIRE) conducted a survey to support the discussion and Perry presented the survey results.

UMBRA has also published a summary of this meeting.

On March 5-6, Perry teamed up with Cheryl Ball (MoDOT) and MARAD to convene a ten-state meeting in St. Louis, Missouri. This meeting, held in conjunction with the Mississippi River Cities and Towns Initiative (MRCTI), focused on understanding and planning for container on barge (COB) shipping. Perry gave a presentation on the Economics of Water Transportation and facilitated the discussion on the second day of the meeting.

“It’s clear that states are taking the lead to fix and manage the Mississippi River system,” said Perry. “Taking a systems approach to both constraints and opportunities demonstrates that improvements in the Upper Mississippi basin benefit the entire system, and vice versa.”

Representatives of both the Inland Rivers, Ports, and Terminals (IRPT) and the Mississippi River Cities and Towns Initiative (MRCTI) will use the results of these meetings when speaking with USDOT Secretary Anthony Foxx on March 19 about the need for coordinated attention to maintaining and improving the infrastructure of the Mississippi River system. Further, the states and stakeholders involved in both meetings are ready to keep up the momentum for greater development on the Mississippi River.

“The Great Lakes and the Upper, Middle, and Lower Mississippi states all think that they have the key to fixing congestion and environmental issues while increasing economic development,” said Perry. “Do the waterways hold the key?”